"You'll Never Walk Alone" is a song composed by Richard Rogers, Oscar Hammerstein II and covered by Lana Del Rey for the Liverpool FC's documentary The End Of The Storm. It was released on December 4, 2020.

The song was originally composed in 1945 as a show tune for the Rodgers and Hammerstein's musical "Carousel". In 1963, the song was covered by British group Gerry and the Pacemakers, where it was then adopted by soccer team Liverpool F.C. for use as their anthem, with the title being used as the team's motto.[1]

Del Rey is a vocal supporter of the football club, having visited the team's home stadium at Anfield in 2013 where she took part in an interview for the club's website.[2]

On November 3, 2020, Del Rey shared a video of herself singing the song a capella on Instagram.[3] The song was officially released on December 4, 2020, as part of the soundtrack for the documentary. On December 7, 2020, a special vinyl release of the song was made available.[4][5] Del Rey has stated on her Instagram account that "all proceeds from the sale of the vinyl will go to charity, via the Liverpool FC Foundation."[6]

Walk on, walk on
With hope in your heart
And you'll never walk alone

Walk on, walk on 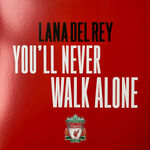 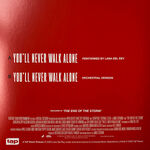 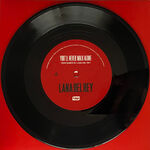