Start a Wiki
"White Mustang" is a song by Lana Del Rey. It was co-written with Rick Nowels and co-produced with Nowels, Kieron Menzies and Dean Reid. It is featured on her fifth studio album and fourth major-label studio album, Lust for Life.

"White Mustang" is composed in the key of F# minor and runs for exactly two minutes and forty-four seconds, making it the shortest song on Lust for Life. Jon O'Brien of Prefixmag complimented the song for Del Rey's whistling during the outro, noting that it was an intriguing production touch.[3] Liddy Cudmore of Paste grouped the song alongside "Cherry", saying that "these are soundtracks for film noirs that never existed, right down to the slow-down-the-stairs-footstep percussion".[4]

Many fans suspect that the footage was originally intended to be used for a video for "The Next Best American Record," an outtake from Lust for Life that leaked before the album was released (before seeing an official release on Norman Fucking Rockwell!), similarly to how the footage intended for the original "Ultraviolence" music video was recycled and used for the "Freak" music video or the footage for "Happiness Is a Butterfly" was used for "Mariners Apartment Complex" and "Venice Bitch". This theory comes from the fact that many of the visuals and themes used in the "White Mustang" video are strongly expressed in the lyrics of "The Next Best American Record". There is even a video that was taken behind the scenes of "White Mustang" where Del Rey is singing a part of "The Next Best American Record," which further supports the theory.[7] 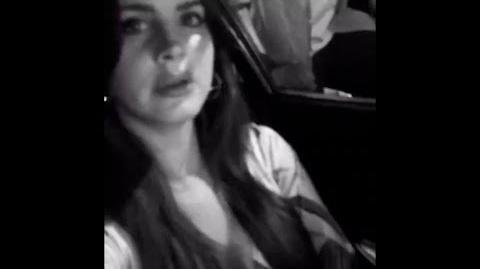 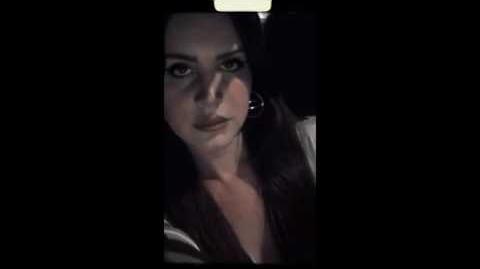 Retrieved from "https://lanadelrey.fandom.com/wiki/White_Mustang_(song)?oldid=86168"
Community content is available under CC-BY-SA unless otherwise noted.