Violet Bent Backwards Over the Grass is the title of Lana Del Rey's first book of poetry. It is the first official book written by Del Rey. It was released on September 29, 2020, accompanied by an audiobook.[1][2]

Following Lust for Life, Del Rey had been looking for another creative outlet, and after trying painting, she found automatic writing. This process started to turn into poetry and short stories and after amassing numerous works, Del Rey began considering releasing a compilation of writings in a physical book form.

Del Rey first opened up about the poetry book during an interview with Annie Mac on September 12, 2018, where she said that she first started writing poems in the latter half of 2017 during a period of writer's block with music:[3]

“I think I’m just going to self-publish it and put it out beforehand. It’s kind of random. Which is kind of another one of those things I just want out there just for me. I literally might just drop these little books off at some bookstores in Silverlake and beg them to sell them. It’s been really cool for me ‘cause I was having a little bit of writer's block with the music last Fall and so I just sat down to write some words without music and I realised there was just a couple of things I wanted to say through some poems, which is funny. I feel like I’m in the 19th Century.”

She spoke again about the book on September 18, 2018, during an interview with Zane Lowe after she premiered "Venice Bitch". Del Rey stated that the book will contain short stories and about 30 poems and it will be titled Violet Bent Backwards Over the Grass.

On January 2, 2019, during a video posted on Facebook, Del Rey announced that the book was finished on the last week of 2018 and that the entire writing process took 13 months.[4]

"It's sort of in the vein of deep poetry where anything is allowed and it's totally free-form. Sometimes my pages will end with a couplet, right at the end, but it's mostly free-form."

The title itself is from a line in one of Del Rey's favourite poems she has written. The full line being:

When the book was first mentioned on September 12, 2018, to Annie Mac during the premiere of "Mariners Apartment Complex" on BBC Radio 1, Del Rey explained that she wished to release the book prior to the release of Norman Fucking Rockwell! in early 2019. When asked by a fan through Instagram about how much the book would cost, Del Rey said “$1… because my thoughts are priceless.”[10]

It was later announced that the physical poetry book would be released on September 29. An audiobook of 14 of the book's poems, accompanied by music composed by Jack Antonoff, would be released before then on July 28.

The book contains a total of 19 poems and 10 haikus; a type of short poems consisting of three phrases. Only 14 of these poems were included on the audiobook version of the book narrated by Del Rey herself. The book also features pictures taken by Del Rey, pictures from the photography book "Voyager" by artist Melissa Cantanese and The Ice Plant and a section called "Notes for a Poet" at the end of the book, a section in which there are six oil paintings by Erika Lee Sears, the same artist who painted the cover. The poetry book also features a dedication page.

Dedicated to whomever's worn, warm
afternoon hands come upon these pages –
wherever you may find them – and that you
may remember that the world is conspiring
for you and to act in a manner as such.

On April 11, 2020, Del Rey uploaded the artwork of the album painted by Erika Lee Sears and a video she filmed in her car whilst one of her poems, "Happy", is playing in the background onto her Instagram.[13] Del Rey later deleted these posts just hours later. On April 23, 2020, she re-uploaded the album artwork to Instagram.[14] 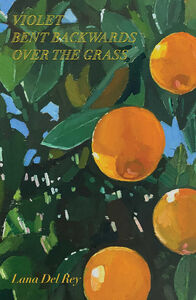 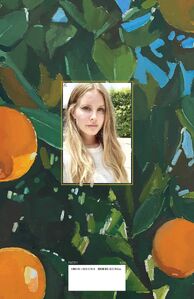 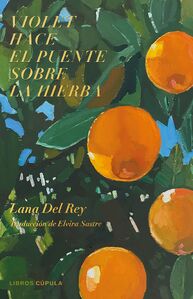 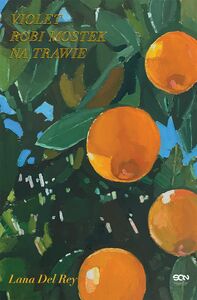 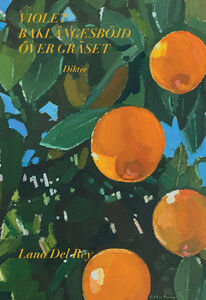 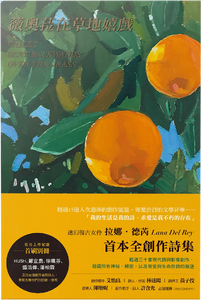 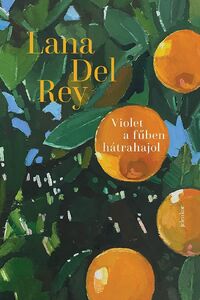 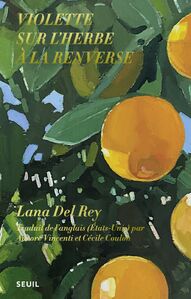 Version translated into French by Aurore Vincenti and Cécile Coulon 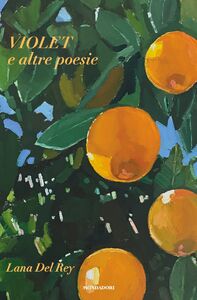 Version translated into Italian by Paolo Valentino and Paola Violetti

In the order in which they appear on the book:

Starting in March 2019, Del Rey began posting various haiku through social media. There is a total of 10 haiku in the book, which are traditionally short poems made of three phrases.