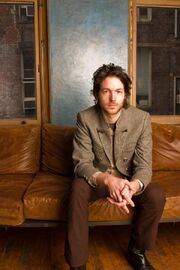 Steven Mertens (nicknamed as Relax27) is an American alternative rock musician and producer with whom Lana Del Rey was in a relationship with before the release of her first studio album Lana Del Ray. He produced some of the earliest versions of songs from this album and various unreleased tracks.

Songs from The Phenomena of Lizzy Grant (2007):

Retrieved from "https://lanadelrey.fandom.com/wiki/Steven_Mertens?oldid=90819"
Community content is available under CC-BY-SA unless otherwise noted.