Kill Kill was the first digital EP by Lana Del Rey. It was released digitally on October 21, 2008 in the United States through 5 Points Records under her then stage name Lizzy Grant. The three songs on the EP would later be included on her first studio album, Lana Del Ray, in 2010.

The title track, "Kill Kill", was originally titled "The Ocean"; however the title changed after it was dismissed as "boring" by her producer David Kahne. In frustration, Del Rey crossed out "The Ocean" above the lyrics, and wrote "Kill Kill" in place of a title.

On August 1, 2019 an interview about EP was leaked on Reddit and YouTube. In this interview, Del Rey talks about the production of the EP and her future plans.

The cover art for Kill Kill was shot by Chuck Grant during August, 2008 in New Jersey. It features Del Rey posing nude in front of a bright light with only a colorful Hawaiian flower garland. Two alternate draft artworks have surfaced and include minor text and unretouched differences. The first alternate artwork was used in an event poster for her then upcoming show at Pianos in Manhattan, New York during February, 2009. 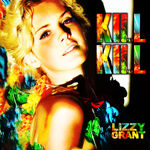 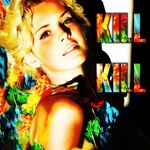 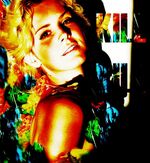 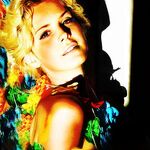 The title track and opening track from the EP, "Kill Kill", was referred to as the EP's only single, although the song never received individual, commercial, physical, or radio release. A music video accompanied the track and was published during 2008.

Retrieved from "https://lanadelrey.fandom.com/wiki/Kill_Kill_(EP)?oldid=87085"
Community content is available under CC-BY-SA unless otherwise noted.