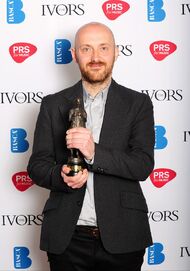 Justin Parker is an English songwriter and producer from Boultham, Lincoln, Lincolnshire. He has worked with numerous artists, including Lana Del Rey.

Parker stated on Twitter in 2012 that "On Our Way" was the first song that him and Del Rey wrote together in 2010. Since then, he went on to work on many more songs with her.

Retrieved from "https://lanadelrey.fandom.com/wiki/Justin_Parker?oldid=90826"
Community content is available under CC-BY-SA unless otherwise noted.