High by the Beach (song)

"High by the Beach"
"Music to Watch Boys To"

"High by the Beach" (originally titled "Get High"[1]) is a song written by Lana Del Rey, Rick Nowels, and Kieron Menzies that is featured on Del Rey's third major-label full-length album Honeymoon. It serves as the record's first single and was officially released on August 10, 2015.

Three weeks following the release of the title track from Honeymoon (via Del Rey's personal YouTube channel), Del Rey announced "High by the Beach" as the record's official lead single. The cover art was shot on the balcony of Del Rey's home in Malibu, California, by Del Rey's sister, Chuck Grant.

The song was one of the last tracks recorded for Honeymoon. The song's lyrical content expresses Del Rey's distaste for the paparazzi, and her need for privacy (so she can get "high by the beach").

In 2020, the song was deconstructed and discussed in an episode of Mix with the Masters by Kieron Menzies. He elaborated on his creative process and walked the viewer through his production, writing, and mixing techniques, showcasing various stems from the song.

"High by the Beach" is a trap influenced pop song running at 4 minutes 17 seconds in length. The song is composed in the key of B minor with a tempo of 132 beats per minute. It features a stripped back synth-heavy production and layered vocals. Del Rey's vocals are heavily edited at points to add to the instrumentation. The outro of the track is a spoken word verse by Del Rey.

On August 4, 2015, Del Rey announced on her Instagram that the track would be released on August 10, of the same year. The track leaked on August 7, 2015 onto YouTube and the social media platform Tumblr before the official release on the promised date of August 10.

"High by the Beach" received universal acclaim from music critics. Jason Lipshutz of Billboard deemed it "perhaps the most radio-friendly song of [Del Rey's] entire career", and praised the "gloriously whiny bounce" of its chorus and "sparkling Lana wisdom" in its lyrics.

Jessica Goodman of Entertainment Weekly deemed it Del Rey's catchiest single yet, praising its "surprising" hip hop elements. Writing in Time, Nolan Feeney said that "High by the Beach" was Del Rey's "poppiest song in a while" and highlighted its "skittering beat and dizzying hook".

"High by the Beach" became a success for Del Rey, managing to become her first appearance on the US Billboard Hot 100 since her 2014 single "Ultraviolence". "High by the Beach" also became her best-performing single on the chart since "West Coast". However, due to an error in calculation by Nielsen, "High by the Beach" was originally reported to have debuted on the chart at number 7 with 248,000 copies sold. The error was corrected on the issue dated August 29, 2015, and the song was revealed to have debuted and peaked at number 51 on the Hot 100, and number 10 on the Digital Songs chart with 67,000 copies.[2] The song dropped 14 places to number 65 during in its second week, and fell to number 97 by its third week.

"High by the Beach" was also a success in the United Kingdom, peaking at number 60 on the UK Singles Chart. The song became Del Rey's first top 100 appearance on the chart since "Brooklyn Baby".[3]

The music video for "High by the Beach" was shot at Del Rey's home in Malibu, California. It was not personally directed by Del Rey, but the themes occurring in the video are mainly her ideas.

The video begins with Del Rey wearing a low-cut white sundress over a black bra and a sea glass blue robe entering a beach house as a helicopter hovers above her. After entering the house, the camera follows Del Rey from behind as she walks upstairs, posing in front of a mirror and collapsing on her bed, randomly rolling on it. The camera continues to follow her downstairs where she begins flipping through the pages of a tabloid. As the camera comes in front of her, the helicopter reappears closer to the house, hovering in front of the windows. In the helicopter is a photographer, who has been taking pictures of Del Rey the entire time and she dances with her hair, robe and dress blowing in the wind created by his helicopter. Del Rey then runs outside onto the beach and pulls out a guitar case from beneath a pile of rocks. When she returns to the balcony, she opens the case and removes a large firearm from it. She turns toward the photographer and fires the gun at the helicopter, destroying it, which resulted in killing him. In the aftermath of the explosion, flaming pieces of tabloid articles flutter through the air as Del Rey lowers the gun and reenters the beach house. 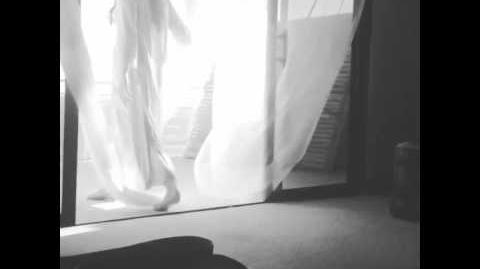 High By The Beach Behind The Scenes

Boy, look at you, looking at me
I know you know how I feel
Loving you is hard, being here is harder
You take the wheel
I don't want to do this anymore
It's so surreal

I can't survive
If this is all that's real

Boy, look at you, looking at me
I know you don't understand
You could be a bad motherfucker
But that don't make you a man
Now you're just another one of my problems
Because you got out of hand

We won't survive
We're sinking into the sand

Lights, camera, acción
I'll do it on my own
Don't need your money, money
To get me what I want

Lights, camera, acción
I'll do it on my own
Don't need your money, money
To get me what I want

Anyone can start again
Not through love, but through revenge
Through the fire we're born again
Peace by vengeance brings the end

High by the Beach CD by Universal Music in Netherlands[]

High by the Beach CD by Universal Music in Germany[]

High by the Beach CD by Universal Music in Poland[]

High by the Beach CD by Polydor in UK[]

High by the Beach CD by Vertigo/Capitol in Germany[]

High by the Beach CD by Polydor in France[]

High by the Beach CD by Universal Music Colombia in Colombia[]

High by the Beach CD by Universal Music in Japan[]