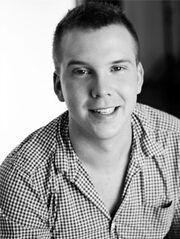 Daniel Law Heath is a British composer, songwriter and producer known for his work both on screen and in popular music. He is trained in classical and jazz piano and has two degrees in scoring and composition. He has worked with renowned film composer Hans Zimmer on films such as Pirates of the Caribbean and The Da Vinci Code. He has worked with Lana Del Rey many times both as a producer and a writer.

About the professional and personal relationship with Lana Del Rey, they both had stated they have been friends for a long time. Del Rey even referred to him as "her best friend" in various interviews. Heath described the collaborative work between the two as working in two ways; sometimes she'd sing him a melody lyric idea and then he would build the music around it, or he'd write a piano or a string piece – or even a full fleshed-out track - that she would then sing a melody and lyrics to.[1]

The first known track they worked on together was "Blue Jeans", which according to Del Rey started off as a classical six-chord composition riff that she got from him before finishing the song with Emile Haynie.[2] He worked along with Larry Gold on the strings arrangement of three other tracks from her 2012's debut album Born to Die, as well as on the instrumentation of seven out of the nine tracks from her follow-up EP, Paradise, where he took the role of a lead producer on three tracks; "Body Electric", "Yayo" and "Bel Air", the latter of which was solely produced by him.

He also adapted his string arrangement of Del Rey's song "Ride" into the short film's intro and outro, as well as composed, conducted and arranged the full score and orchestral arrangements from her 2013's short film Tropico, including a brand new piece that plays at the end of the movie. Around this time, he produced the cover "Once Upon A Dream" for the 2013 movie Maleficent, featured on James Newton Howard's soundtrack, as well as the song "Young and Beautiful" for Baz Luhrmann's The Great Gatsby.

Heath also worked on Ultraviolence in 2014, writing three tracks, and producing one of them - "Old Money" - as well as remixing the lead single "West Coast". He also worked on a demo track originally called "Melancholia" that was reworked into the album's title track. Around this time, it is speculated that he worked on an unreleased song titled "Ave Maria", that according to some leakers, is an instrumental piece sent to Del Rey that ended up unused. The track leaked on January 13th, 2021.

He and Del Rey would work together again on movie soundtracks, on the Golden Globe-nominated song "Big Eyes" for the Tim Burton's 2014 film Big Eyes, and the rework of a track he and Lana worked on 2012 during the Paradise sessions, known as "Life Is Beautiful" for the 2015 movie The Age of Adaline, a song that remained unreleased until it leaked in 2020. Heath and Del Rey worked again on Lust For Life, providing the orchestral overture of the track "13 Beaches". In 2021, Heath had credited worked on Chemtrails Over the Country Club.