4:43
(See official versions)
"Big Eyes" is an Academy Award and Golden Globe Awards nominated song by Lana Del Rey featured on the soundtrack of the movie Big Eyes. It was co-written with Dan Heath who also served as the track's producer. The song was kept a secret until the film was screened for insiders in early November 2014.

According to one of the film's producers and co-writers, Larry Karaszewski, "Tim [Burton] showed [Lana Del Rey] the film and she fell in love with it. Women, in particular, seem to get the movie, and Lana really got the movie. The whole thing is about a woman who can't find her voice [and when the song first plays in the movie] it almost becomes a musical. Lana's song expresses what Margaret is feeling so perfectly, it's like a soliloquy of her inner thoughts."

According to producer, Dan Heath, the song's hook came to Del Rey upon seeing the film for the first time. Then he recorded it on a little voice memo and built the music underneath what she had sung. According to him, they wanted to give the song a "cinematic and lush feel" as well as describing their intentions with the song as "magical, not too heavy but not too light, and quite moving". When talking in-depth about the song's portrayal of Margaret Keane's feelings in the film, he stated the song was "a nice mix between somber, sad and introspectiveness, into a big sort of triumphant, half-angry chorus." Heath recalls they went through a few different versions of the song before presenting it to Tim Burton, who loved the track,[1] suggesting that there are multiple unreleased versions of the song. A demo version containing additional vocals and minor production differences leaked on January 24, 2021.

The song was not originally meant to be played during the film but rather during the credits, however, the song was deemed too sad to end the film with and producers noticed it fit perfectly over two near dialogue-free scenes, which originally contained music by scorer Danny Elfman. Karaszewski later said the track was "a centerpiece number" in the film. Because the track was no longer being used in the credits, Del Rey worked with Rick Nowels to write another song, "I Can Fly" for the outro of the film.

On December 1, 2014, a 1-minute snippet of the track was released to Yahoo! Movies with an accompanying lyric video featuring scenes from the film. The track was leaked from the official Weinstein Company website on December 3, 2014, with "I Can Fly". The track's official audio was released on Del Rey's Vevo YouTube channel with "I Can Fly" on December 19, 2014.[2] In early 2020, "Big Eyes" and "I Can Fly" had been removed from Apple Music and Spotify in several countries, however the reason for this removal is unclear.

The Hollywood Reporter describes the song's use in the film by saying "The number begins as an instrumental when [Amy] Adams spots her paintings being sold in a supermarket, then turns to a vocal piece with a big, pronounced beat as the character returns home determined to develop a new style of painting; it slips back out of the vocals as Christoph Waltz’s character returns and confronts his artistically straying spouse."[3]

I saw you creepin' 'round the garden
What are you hiding?
I beg your pardon
Don't tell me nothin'

Is it me, was I wrong to have trusted you?
Did I see what I wanted, what wasn't true?
Was I wrong to go on like a little fool?
It's amazing what women in love will do 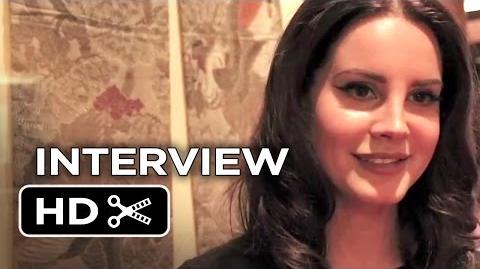 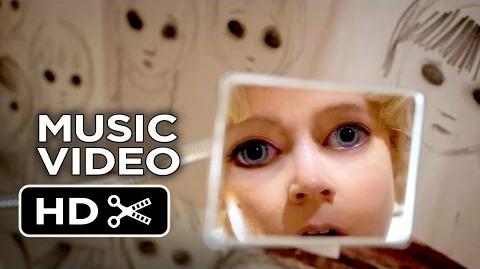