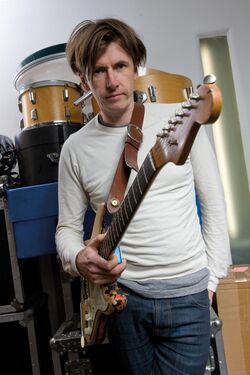 Bernard Joseph Butler is an English musician, songwriter and record producer. He is best known as the first guitarist with 'Suede' and he has been hailed by some critics as the greatest guitarist of his generation. He worked with Lana Del Rey in 2010.

Retrieved from "https://lanadelrey.fandom.com/wiki/Bernard_Butler?oldid=90029"
Community content is available under CC-BY-SA unless otherwise noted.