Del Rey tweeted: "Every man has to go through hell to reach Paradise" and "Bradley Soileau"[1][2]

Del Rey posted "Bradley Soileau- having brad in the Born to Die video made it autobiographical and beautiful. He reminds me of the dark and mysterious side of the magnetic boy I used to know." on Facebook.

Del Rey performed at Ruby Lounge in Manchester, United Kingdom. She sang "Video Games", "Blue Jeans", "Off to the Races", and "Without You". Before the performance, she posted:

Del Rey performed at the Nouveau Casino in Paris, France, as part of the Born to Die Tour. She was also photographed backstage by Julien Mignot

Del Rey had an interview and performed at La Musicale Speciale legendado in Paris, France. She sang "Video Games" and "Blue Jeans".

She was also interviewed in La Boîte à Questions directly after her appearance on Le Grand Journal.

Del Rey was a studio guest at 1LIVE.

Del Rey performed at the Gebäude 9 Theatre in Cologne, Germany.

Meeting fans outside the concert[]

Del Rey performed at Roter Salon in Berlin, Germany, and was photographed backstage by Bella Lieberberg.

Del Rey was photographed by Simon Emmett for Q magazine.

Del Rey was photographed by Sean & Seng for the February 2012 edition of Interview Magazine in Russia and Germany. 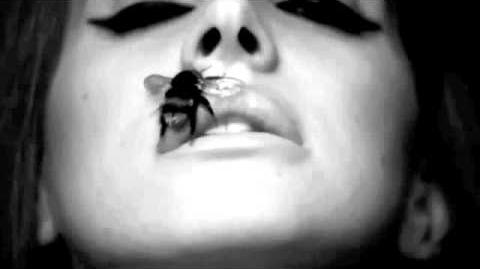 Del Rey performed "Video Games", "Born to Die", "Radio", "You Can Be the Boss", and "Off to the Races" at L'Album De La Semaine in Paris, France.

Del Rey arriving at her hotel in Paris, France.

Del Rey outside her hotel in Paris, France.

Del Rey was featured on the cover of NOW Magazine of Toronto, Canada. [https://nowtoronto.com/music/lana-del-rey/ Click here to read the article. ]

Del Rey was photographed by Karim Sadli for V Magazine.

Del Rey was listed as #6 on NME Magazine's 2011 Cool List. The article featured reads: "Count your eyes and count to five. While you did that, 127 people have remixed Lana Del Rey's 'Video Games'. If you count the adulation of knob-twiddlers as a marker of respect, LDR would be Number One. Cynics might note that there are several kinds of knob-twiddlers the easy-on-the-eye singer attracts, but that would be doing a sexist injustice to 2011's most captivating prospect, an enigmatic bundle of New York talent who has managed to lasso Generation YouTube wholeheartedly with a beguiling mix of faded Hollywood glamour, Lynchian aesthetics and Stevie Nicks vocals."

Del Rey was featured in an article written by Clash Magazine, issue #68. Click here to read the article.